As per usual the title states what I’m about to talk about, in this case it’s how Bob Marley didn’t sing for you. So now, before you jump to any conclusions regarding my choice of title, let me take you back to where it all started.

The year is 1945, Robert Nesta Marley is born in the country side of St Ann parish JA. Jamaica is still a colony as most other countries in the world at this time, however this is about to change with the end of World War II and the ripple effect events following afterwards.

Alright, so far I imagine you’re still with me. So now we’re going to skip a few years, if you want to know more about specific details I’ll link some more information later on.

The year is 1962, The JLP (Jamaica Liberation Party) won the election and The Parliament of the United Kingdom passed the Jamaica independence act, granting independence as of August 6th (with the Queen of England remaining as head of state). After years of slave rebellions, economic shifts, the great depression, UK missionaries and british rule, Jamaica was an imbalanced country seeking identity and stability. Being a majority agricultural society after the abolishing of slavery in the late 1800’s up until independence, the rapid swaying introduction to industrialization has left the country with huge class gaps and a high poverty percentage. Rastafarianism in it’s early stages has been around for about 30 years now and they’re not on good terms with the government. Originating in poor ostraziced afro-jamaican communities with ideological influences from the bible, ethiopianism and panafrikanism , openly critizising colonialism, the white church and their former colonial rulers, Rastafarianism was seen as very controvercial at the time.
Hey, now it’s getting interesting, let’s fast forward some more. 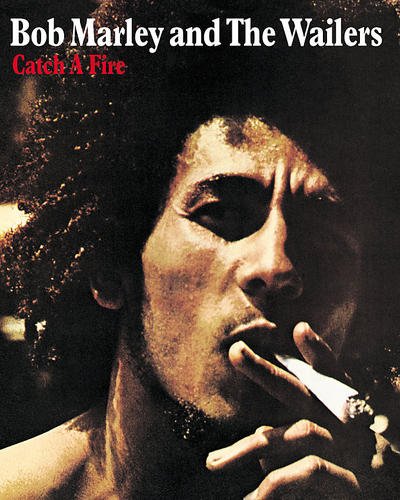 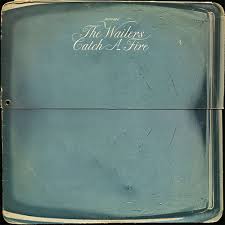 The year is 1963, Catch a Fire by Bob Marley and The Wailers just became the first reggae album to make it big internationally, for them it’s their third album as a group and food on the table. The album carries lyrics such as:

Referencing 400 years of slavery, and the biblical Genesis 15, believing that after these 400 years have passed liberation awaits. Other lyrics include:

”Today they say that we are free
Only to be chained in poverty
Good God, I think it’s illiteracy
It’s only a machine that makes money”

Fast forward a few years and all over the world people are singing along to Jamaican Redemption song’s about unity and freedom, Bob is now an icon for one-ness. Fast forward some more and people are still sharing red, green and yellow inspiration quotes with Marley’s face on them declaring ”One Love”. However, somewhere along the way after his passing people stopped talking about where he really came from, they kept saying Jamaica but forgot or chose to not mention the years of poverty, scrutinization as a rasta, violence, shootings and colonial scars of which he was also born. Bob Marley spoke for a whole generation of Jamaicans growing up in a time where the country and it’s people were yet to be their own, having been cut off from their history and ascribed a new one, Rastafarianism was a movement for identity and reggae music was their voice that would come to echo all over the world.

Sooooo, who is he not singing for?

The answer is new age spiritualist who wish to make his words mean something else than they do. When Bob Marley sings of slavery (both mental, symbolical and physical), slavery is exactly what he is singing about, slavery in all it’s forms. Most of us can never understand fully what this means, having grown up after colonial states gained their independence on paper, however, this does not give us the right to ascribe our own meaning to his words. This does not give anybody the right to hijack this Jamaican movement. Bob Marley sang and asked us to sing his songs of freedom with him, not for him.

This is worth remembering today and everyday with different movements being born all over the world as we speak, as well as old movements still working towards goals yet to be achieved. If you wish to support a movement and you’re completely new coming in as a guest, rule number one is to not make it about you. This is considered hijacking a movement, I could go on and on about that subject alone, but for now I’ll leave this as an introduction, maybe I’ll get into it some other time.

So until next time, if there’s any instance in the future where you approach an event, experience some art or listen to a song that you don’t understand or can’t relate to on a personal level, don’t just fill in the blanks with something you understand. Take the time to learn about what you wish to partake in, your place, your contribution and the space you’re about to take. If you truly wish to forward said movement you’re going to need to know when it’s time to take a step front and when it’s time to take a step back.

”I don’t wanna live in the park
Can’t trust no shadows after dark
So, my friend, I wish that you could see,
Like a bird in the tree, the prisoners must be free”

Links and books worth you’re time:

Reggae, rastafari and the Rhetoric of social control – Stephen A. King